So, are you willing to not only toss Goodyear rubber on your ride but also change it out with the same brand?

While not as diverse as some of the more famous manufacturers or brands whose focus is mostly tools, Goodyear seems to have put some strong consideration and focus into their narrow range of blue impacts. In all honesty, I was really excited when I first saw this cordless wrench for two main reasons (the first being childish, but what can I say? I’m a big kid!): The first reason is that, well, yes, I love the appearance of the drill! The color makes me feel like I really do have an amazing toy, fit for a grown-up kid who’s ready to work. The second reason is that my experience with the Black & Decker 24v cordless drill left me wanting more from another 24v drill but, alas, after my NiCd batteries wore out, my poor hammer drill beast was finally laid to rest.

In the words of The Goblin King (David Bowie), “Such a pity.”

Let’s take a look at the main info and see if what this impact has to offer. Here’s a hint, though: we like it! 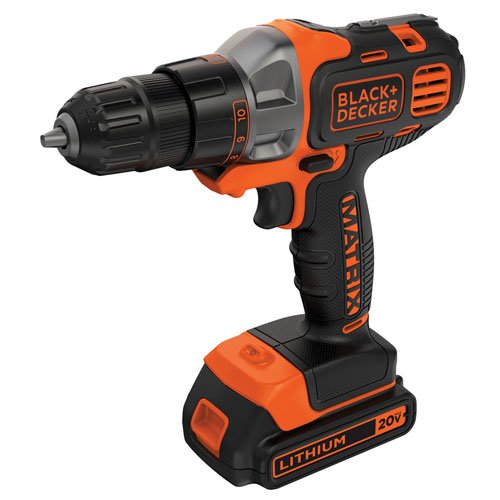 Goodyear doesn’t play around with this particular power tool as it clocks in at 24v of power and weighs over 12 pounds in total. This impact wrench is advertised as a professional-level tool capable of breaking lug nuts–rusty or otherwise–on cars, trucks, lawnmowers, or whatever you feel like playing around with. The company says that this particular model was built with power and longevity in mind, particularly in battery life. The question remains, of course, how well does it actually perform in these areas. The short answer is that most people are surprised, the vast majority being on the happy end.

We like the 24v Goodyear Impact Wrench–we really do. It’s nostalgic to the touch and the feel of it it action pleases, as well as pleasantly surprises. Even though its running on a Ni-Cad setup, there actually aren’t as many lithium-ion charged impacts that can match its power, performance, and lasting ability, which is a testament to its good engineering. It all kind of boils down to what kind of accessories, extra batteries, and type of setup you really want or need. If you know how to care for and extend the life of your Ni-Cad batteries, then this could very well be a great fit for you. If, however, you aren’t necessarily so good about charging schedules and usage information, perhaps then considering a powerful Lithium-Ion impact wrench would be better for you. Either way, you wouldn’t be disappointed–there’s lots of power to go around, either way!

Now get out there and make an impact!